Cloud Access is about half the price of Blue Host, and they don’t do things like randomly auto-bill me $700 for three years of hosting and useless add-ons. (Guys, I don’t need your backup solution. I’m perfectly capable of exporting a MySQL database and zipping & downloading my home directory. But, yeah, thanks for playing.)

I’ve been building a table: 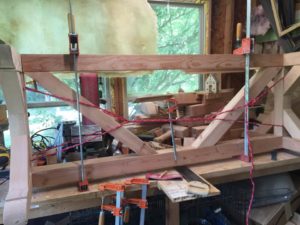 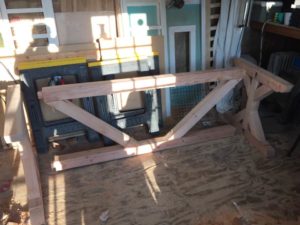 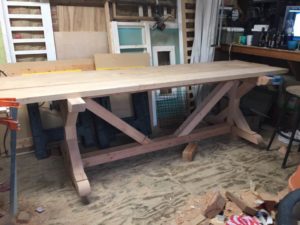 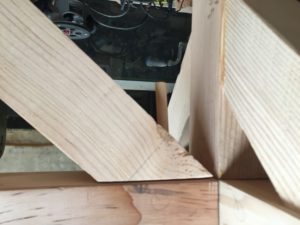 To put this in perspective, the red oak top weighs 250-280lbs, and the base is about as heavy as the top. There’s no metal (screws, brackets, etc.) in this thing, which probably made it take ten times as long to construct. However, it was worth it to learn the required joinery techniques and, of course, it’s always fun to buy new tools.

Now I’ve got my eye on a set of Japanese chisels. They are not cheap. 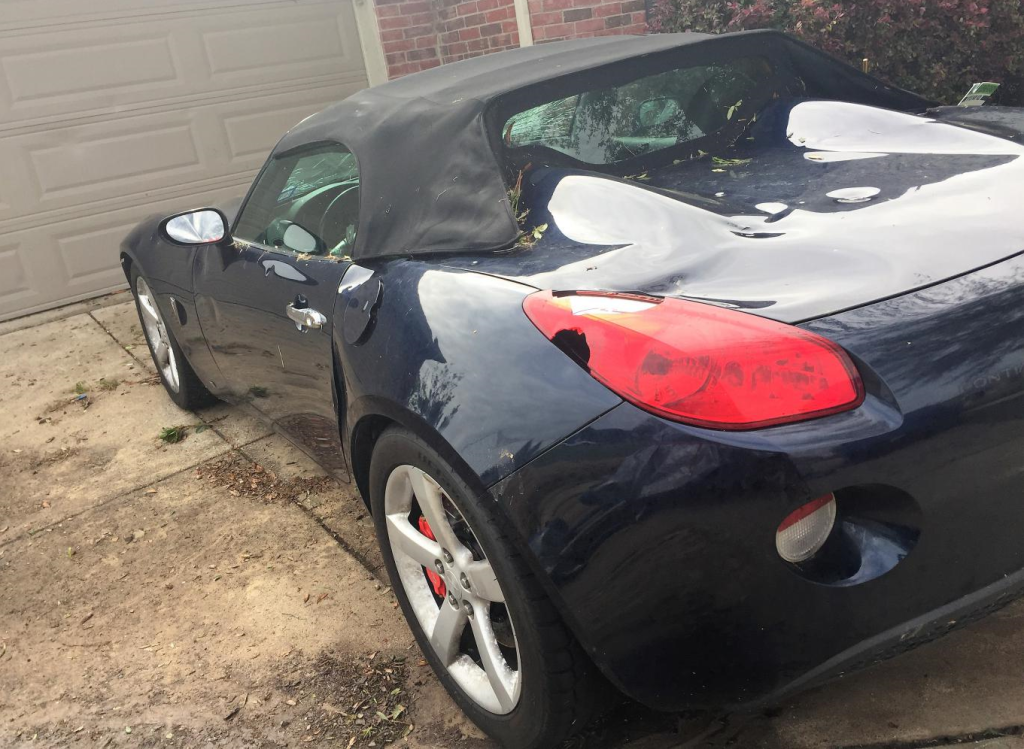 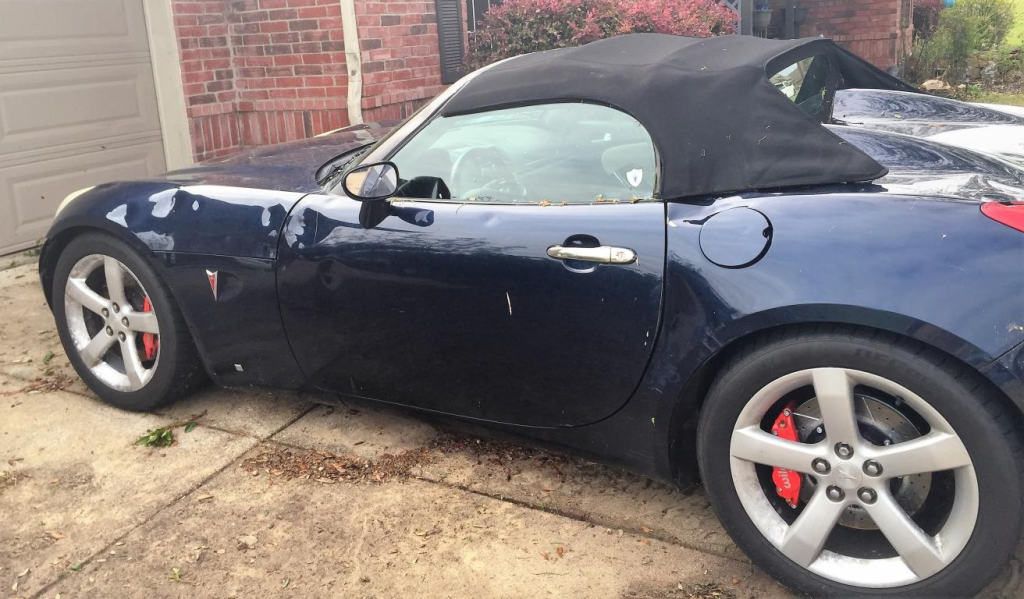 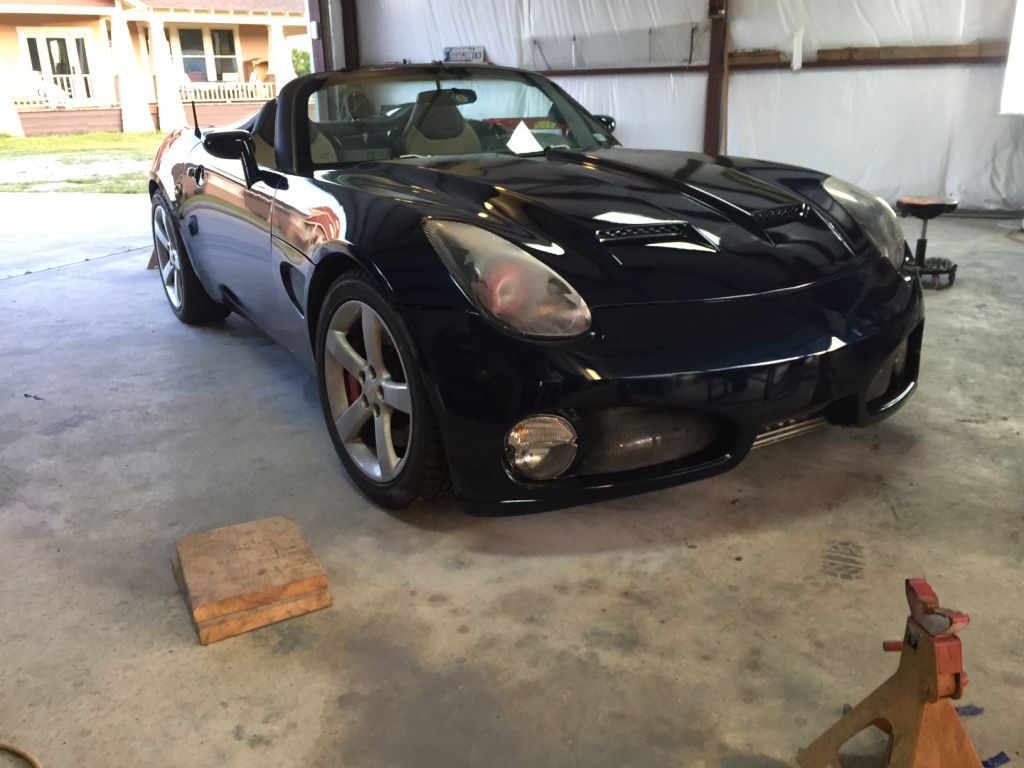 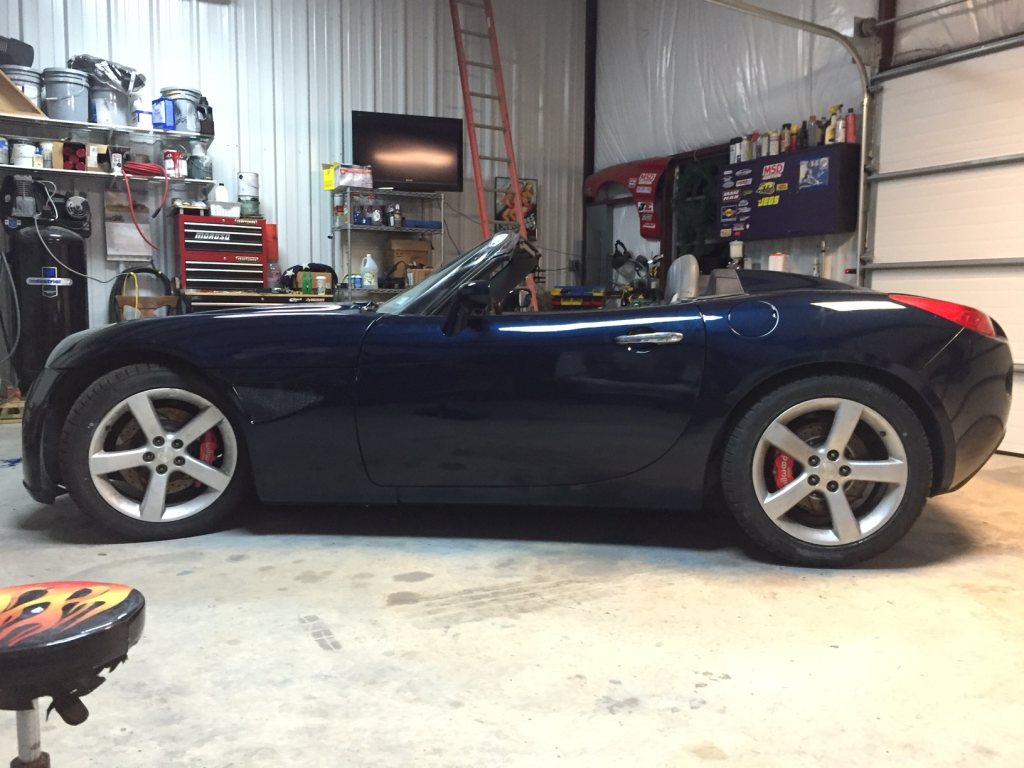 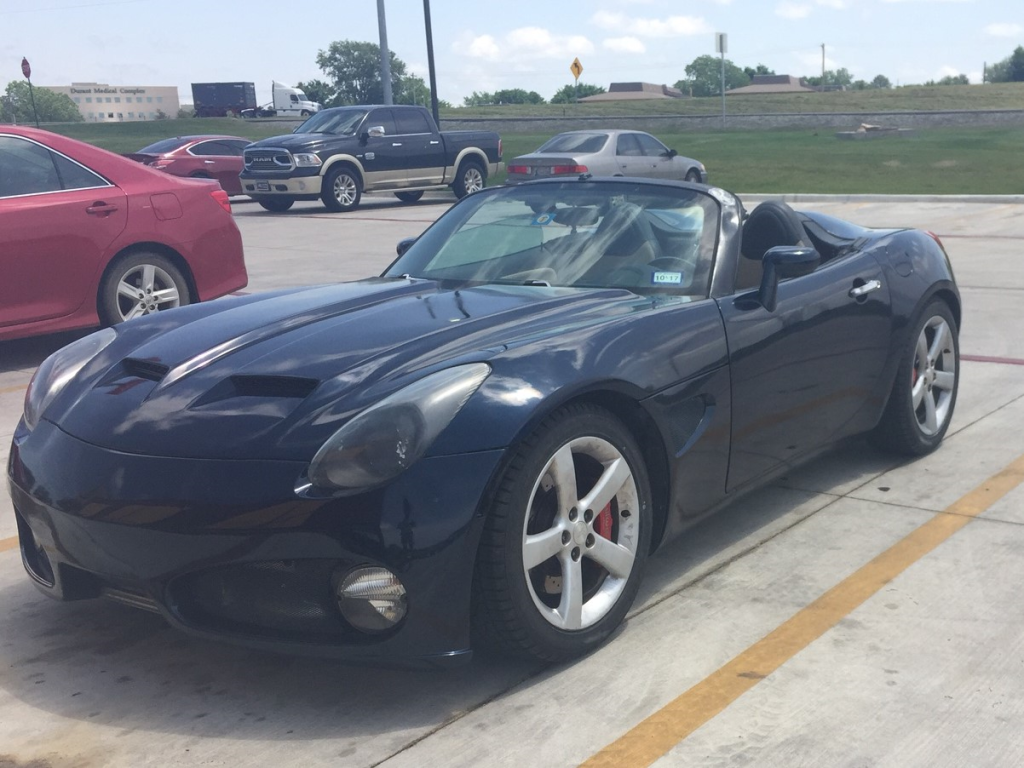 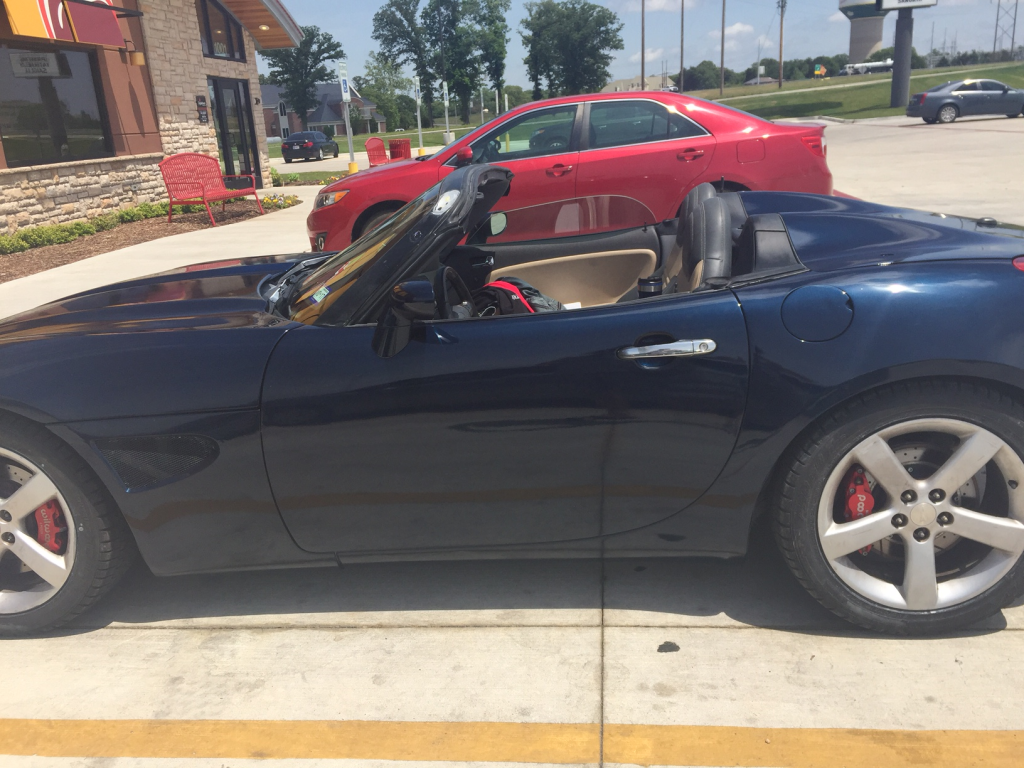 Too humid to paint. So, waiting. 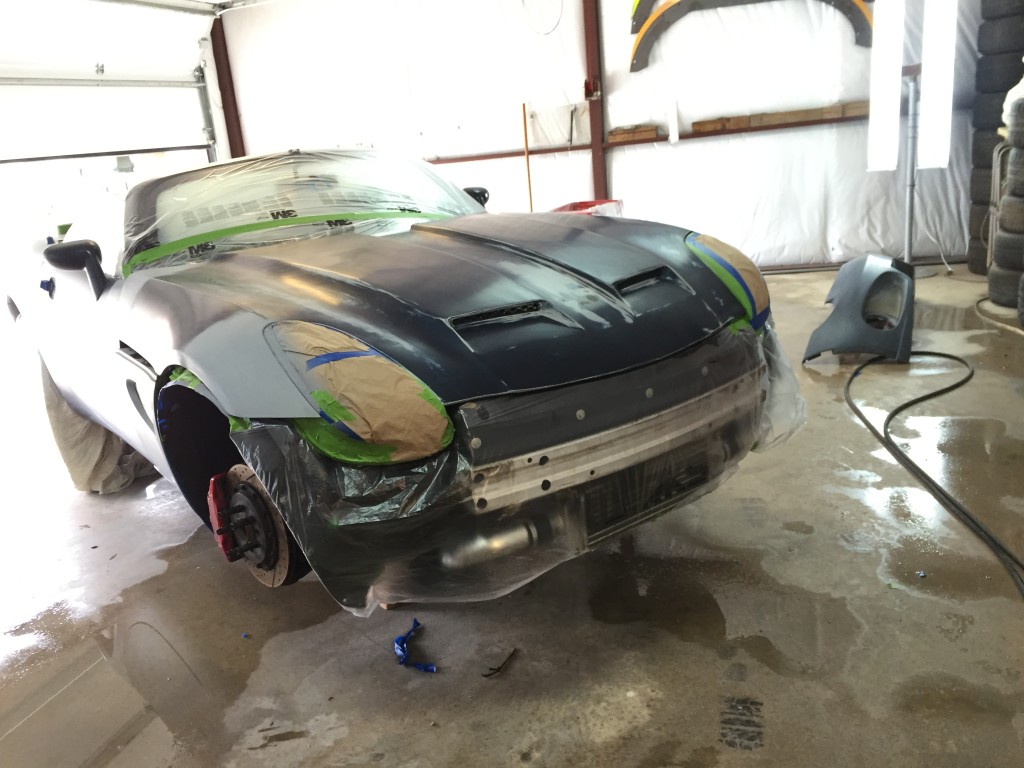 Her name is Maria, and I don’t remember screaming.

When Wyatt was born, he didn’t move.

He didn’t look around.

He didn’t do anything.

He was, for all intents, dead.

Yeah. Stay with me – there’s a happy ending.

We used to watch this show called “House,” which was about a medical doctor-version of Sherlock Holmes. It featured a weird-ass protagonist who was kind of an asshole, but really, really good at his job. The guy that walked in with the crash cart, yanked a stethoscope off of another doctor’s neck and went to work on Wyatt looked like that. Grateful Dead t-shirt, flip-flops, destroyed jeans.

And, he was awesome, as evidenced by us still having Wyatt around.

For whatever reason – anyone who knows me well has heard a lot about it already – we decided to have a home birth with our first child. Which would have been fine, except for when it suddenly, violently, irrevocably

Today, we had our quad-annual ARD. That’s fancy Dept. of Education speak for “get together with the teachers and figure out how to get your kid to do what he needs to do.” Wyatt spends a big part of recess chasing different groups around, trying to find someone to play with.

Here’s a tip to Future Readers: the one thing you absolutely do not want to read in a report is that your kid has no friends, that he or she is desperately trying to fit in. A lot of us had to do that as kids. I was lucky enough to find  a few really amazing people in my late teens – phenomenal people with whom I am still friends.

You don’t want your seven year-old to have to wait until he is 40 to figure out what a good friend is.

Maria was our charge nurse, assigned when we arrived at the hospital after 36 hours of labor at home.

There’s this super-awesome thing called “Group B Strep,” which is fatal for kids (and, sometimes, moms) in a surprisingly-high number of cases. Considering a home birth? Google it.

Maria was about 5’6, brunette, soft-spoken, clearly very good at her job. She reminded me of my big sister, Tara. Not physically – just her manner. I felt *safer* with her there.

She stayed on well after her shift ended, and was the one that pushed me out of the way when the emergency team came into the room.

She was the one that, when I was holding Audrey’s hand post-delivery, looked me in the eye. And that look told me that, no, in fact, I was not crazy. Shit was, in fact,, going sideways.

She was also the one that grabbed my hand, and told me to come see my son. Because, well, I probably  wasn’t going to get another chance to see him breathing.

To my knowledge, Wyatt is the only person in our “immediate” (we’ll include me/Audrey, +- 1 generation) family to ride in a helicopter.

I spent the next two weeks shuffling between hospitals – Audrey and Wyatt were then at different places – occasionally finding time for a shower. I am grateful to have had that opportunity. I’d crawl through broken glass and drain every drop of my own blood, and do that again, and again, and again if it meant that my wife and my son made it home safe.

My son has no friends. I’m considering putting him into soccer, or maybe guitar lessons.

I don’t really know what to do. But, WE have the chance to figure it out. Mostly, because someone named Maria was there to hold our hands, tell us when we were wrong, and help us try and fix the biggest mistake I’ve ever allowed “us” to make.

I hope that, one day, we’ll meet again. I’ll probably cry. But, hey, whatever.

Up and down the aisle, around other tables, happy as could be. She would stop every now and then and look back, just to see if we were watching her. (Hey, everyone loves an audience, right?)

Gwen is two years old, three this August. She is adorable, and not just in that way that every parent thinks that their little girl is adorable. She’s always happy (I’ve learned to get over my mistrust of people who are always happy) unless there is some dire threat to the Unbreakable Rightness of the Universe, such as an empty sippy cup or a locked door inhibiting her access to power tools.

I saw Walt throwing a ball, again, after having been told multiple times by multiple Persons In Authority to NOT THROW THE BALL.

Honestly: it’s a kind of place where people bring their kids, and kids throw balls that they just won, at great expense, from fickle games (aka, vending machines). It bounced and bounced. He dived under tables, chased it around the room, asked me to throw it to him (I am NOT an athlete, but at two feet I do alright) and threw it right back. Sometimes, directly at my face. From two feet away.

I have a thing about things being close to my face. Not sure why, but such is life. Anyway.

He was so very, very happy.

I saw Wyatt shoving yet another piece of pizza into his mouth, glaring at me because I told him he needed to eat before he could play. His cousins, brother and sister were already playing, but I didn’t focus on that. I had told Wyatt that he needed to eat, and I was sticking to my guns.

The other kids – Walt, Gwen, four cousins – were playing video games and running around like little hooligans. But, I made him sit and eat. And, when he ran off and didn’t do as he was told, I took him to the car and sat with him until he calmed down (he was upset because – duh – I’d taken him to the car when the other kids were playing.

I took him back inside, watched him eat half of a slice before letting him go.

I saw him having  a blast.

(In my defense, I also saw him very hungry for pizza after we left, much later.)

I saw my wife, bringing everyone together so that the kids could play and, for once, just *be kids*.

I saw myself, mostly oblivious to all of this until hours later.

I saw myself complaining about having to go out with everyone to a place where there is nothing I can eat (long story).

I saw myself complaining about the time it would take that I could be spending on something “productive.”

I saw myself being impatient with my wife and the kids trying to get ready for this, and with others involved because there wasn’t a real plan or procedure involved, just a random “hey, why not?” impetus.

I saw people who loved me, who wanted to be together, tolerating my intolerance and impatience.

I am thankful for my kids, and for my wife. Without her, they would not get to just be kids. I am, sometimes, too focused, too concerned with outcomes, to the point that I miss the experience. Without her, my life would be a critic’s review, not the movie.

I saw Audrey, an amazing mother, partner and all-around bad-ass, making it all work.

I am grateful, undeserving, and humbled.

Honestly, graphics debugging and profiling is a black art, even when it’s your own code.

We’re having a boy! Only four more to go before I have to stop making fun of my brother.

My new office/workshop is not even remotely done, but I still spend 8-12 hours a day here. I’m loving the 172 foot commute from the house. My lovely wife bought a beer fridge for the shop last year, and I’m now building her a dining room table. Mastering a bunch of different joinery techniques was not easy. I still wouldn’t say I’ve mastered them but, hey, it’s close enough for a carpenter.

The universe does not want me to have a left index finger. I have a 2″ longitudinal scar from a flap disk (removing paint and welding high points from the Solstice door and quarter panel), then took most of my fingernail off on my router table. Despite initial fears of accidental auto-exsanguination, my finger tip actually looks fine – but the nail resembles Florida.

VR: The Vive is dusty, the Rift software is most frequent cause for a reboot, and the Touch controllers are very cool.

I’ll be presenting at GDC this year:

(If you say “hi one”, I’ll know you read my blog. and may find a reason to excuse myself as to avoid uncomfortable conversation.)

There are 879 unread comments waiting for my attention.

I’d estimate that exactly(yes, I give exact estimates) two are not spam.

So, if you need to contact me, find another way. Get creative – it’s not difficult. A few years ago, a reader sent me a text about a blog post and apologized since he couldn’t find my email address. (I was impressed and did what I could to help him out.)

Comments are now completely disabled, everywhere. Text or email me.

I got to rip up some tires with my family yesterday!

So much fun! Dad’s Camaro SS wound up getting disqualified due to noise restrictions at this venue (100 dB at 50ft). So, he, my brother and law and our co-track junky Tony wound up sharing the Solstice.

My times weren’t quite as good as theirs (all three of them have much more track experience than do I), but I managed to pull off a respectable 36.985s, which was the fastest novice time for the day.

The car did very well, especially considering that it was shared among four drivers and spent the entire day running the course. The only down side was a little extra wear  on my street tires (I left the R1s at home) and burning a lot of gas.

I’m most proud of how the car performed because I built it. It was also entertaining that  my hail-damaged, very dirty Solstice beat so many more expensive, polished-with-a-diaper, faster-in-theory cars.

I can’t wait for the next event. Thanks for the NTCC for hosting the event and my lovely wife, Audrey, for putting up with my hobby.

Here’s some video of Dad’s Camaro before it got kicked out, then Matt,  Tony and myself in the  Solstice. I’m the guy in the red hoody.

For those that are exceedingly bored, I present: 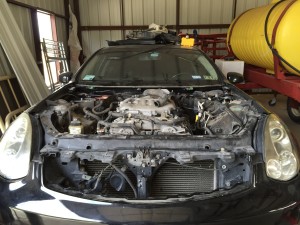 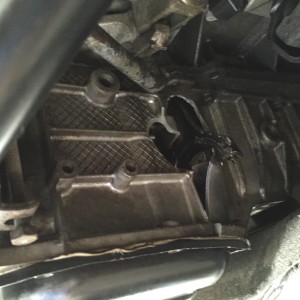